Seventy years ago, on 4 November 1950, in Rome, the Convention for the Protection of Human Rights and Fundamental Freedoms, better known as the European Convention on Human Rights, was opened for signature by the Member States of the Council of Europe. It was the first concrete instrument, making binding some of the rights set out in the Universal Declaration of Human Rights, adopted in Paris in 1948.

Since its adoption, the Convention, which entered into force in 1953, has been amended several times and enriched with numerous rights that have been added to the original text.

The Convention, which guarantees the rights of 830 million Europeans, is the cornerstone of the Council of Europe, an international organisation which has been based in Strasbourg since 1949 and now brings together 47 States.

The European Court of Human Rights, established in 1959, is the competent court to rule on individual or state applications alleging violations of the civil and political rights set out in the European Convention on Human Rights. 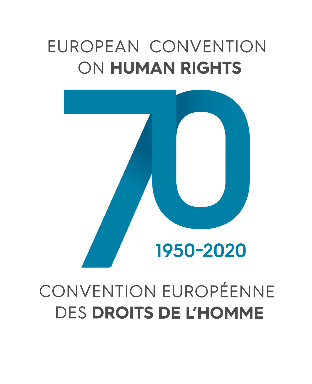 It is around human rights and their promotion that our city, which is also the parliamentary capital, built its identity in Europe and in the world after the Second World War.

This is why the City of Strasbourg, together with the Council of Europe, the European Court of Human Rights and other partners, intends to celebrate this 70th anniversary together, with a special focus on young people, so that this precious legacy of past generations can be passed on at a time when our rights and freedoms are under attack and questioned.

With this in mind, the Lieu d’Europe, the Information Centre on European Institutions – Europe Direct, the Council of Europe – European Court of Human Rights and their partners are offering young people aged 12 to 15 in the Stras-bourg-Ortenau Eurodistrict to produce a short video illustrating an article of the Convention: “The European Convention on Human Rights in 70 seconds”. This competition is being launched today, Wednesday 4 November 2020. It also involves the René Cassin Foundation-International Institute for Human Rights and the Permanent Representation of Germany to the Council of Europe, in the framework of the German Chairmanship of the Committee of Ministers.

Find information on how to participate: